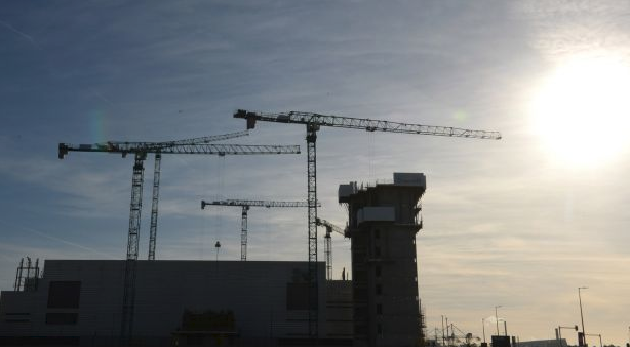 Ireland will need an influx of foreign workers to meet the State’s housing targets, the Economic and Social Research Institute (ESRI) has said. And that, it warns, may add to rental pressures and housing demand generally in the short term.

In a research paper assessing the capacity of the Irish economy to cope with a big upturn in construction activity, the think tank said employment in construction is relatively high and growing fast. Figures from the CSO published on Tuesday show there has been a 14 per cent jump in the number of people working in construction in the past year.

However, the number of new homes being built remains low, and well shy of the level needed to meet annual demand.

“This suggests that employment in construction would have to increase to elevated levels in order for increased housing supply to be provided,” said Dr Kieran McQuinn of the ESRI.

This posed a capacity constraint on the Irish economy and on the construction sector specifically, which could only be alleviated by bringing in foreign workers to build the new homes required, he said, similar to what took place in the mid-2000s.

However, this is likely to place additional pressure on the already-stretched housing market mainly in the form of higher rents as the new workers needed to be housed themselves.

The number of new homes constructed in the State this year is expected to be in the region of 19,000. The ESRI estimates the level of housing demand is closer to 30,000.

The mismatch between supply and demand has seen average rents in Dublin soar to nearly €1,600 a month, €500 higher than they were in 2008.

Because wages have not risen by the same rate, many households are now spending up to half their income on housing.

“At present, we already have a very low unemployment rate, which suggests there is no slack in the economy and so therefore you’re going to have to rely on a lot of inward migration in order to meet housing demand,” said Dr McQuinn, the report’s author.

“But if you have a sizeable increase in net inward migration, those people need a place to live in the short run and this may add to rental pressures and housing demand pressure generally,” he said.

“Over the longer term, we need those workers to come in if we are to meet the supply-side targets set out for the housing sector by the Government,” Dr McQuinn said, noting the already-high cost of accommodation, particularly in the greater Dublin area, may act as a disincentive for some workers.

The ESRI’s report also warned that big increases in housing activity in the past have been associated with big increases in lending by banks, which posed the risk of another credit bubble forming at the heart of the Irish economy.

While the Central Bank’s strict lending rules limited what individuals could borrow, the overall stock of credit could rise significantly in the event of another housing boom.

“The presence of macroprudential policy is imperative in preventing the build-up of another domestic credit bubble,” the ESRI said.

The CSO Labour Force Survey, published on Tuesday, showed employment in the Irish economy hit a new record high of 2.27 million in the third quarter of 2018, while unemployment fell to a 10-year low of 5.5 per cent.

Employment increased in 10 of the 14 economic sectors, with the largest rate of increase recorded in construction, which has added 17,900 jobs in the past year and now employs 146,500 people. At the peak of the boom in 2007, employment in construction was in excess of 233,000.

The CSO cautioned that, while employment had risen sharply in recent years, the State has a bigger population and a larger workforce now than in 2007 and that employment and participation rates are still below the pre-crash levels.