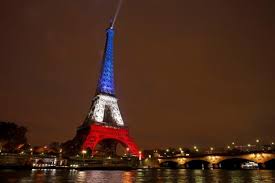 reuters.com – 29/04/2016
French growth accelerated more than expected at the start of the year with the strongest increase in consumer spending since 2004 and a pick-up in business investment. The economy grew 0.5 percent in the first quarter, beating even the most optimistic forecast in a Reuters poll, as consumers splurged on clothes, cars and housing equipment, the INSEE national statistics agency said in a preliminary estimate of gross domestic product (GDP) on Friday. Consumer spending was up 1.2 percent over the three months, with higher spending on heating after a mild end to 2015, also offering a boost and offsetting the impact of a global slowdown that hurt exports.

If consumers led the way in the quarter, however, economists particularly took heart in a 1.6 percent rise in business investment, the strongest increase in five years. Investment by companies in the manufacturing sector surged by 3.3 percent, the highest since the spring of 2006. “It’s very good news, it shows companies are back on the offensive,” said Alexandre Mirlicourtois at Xerfi. “It gives more solid grounds to the recovery, which is not only relying on consumption.” “The rise in fixed investment growth was particularly noteworthy,” Raphael Brun-Aguerre of JPMorgan agreed, adding that he expected decent gains in the coming quarters. .