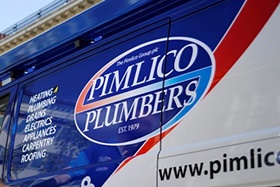 Pimlico Plumbers decision: A game-changer for the industry?

The court decided that, for employment law purposes, Mr Smith should have been treated as a ‘worker’ rather than as self-employed and, as a result, he was entitled to a number of employment rights not normally available to the self-employed.

So what does the decision mean and how will it affect the construction industry in particular?

The first thing to bear in mind is that the decision does not relate to a worker’s employment status for tax purposes.

So it’s quite possible for an individual to be self-employed for tax purposes while being treated as a ‘worker’ when it comes to employment rights.

“Increased costs for a business with large numbers of such workers could be crippling, particularly where margins are tight”

This is the position Mr Smith found himself in – the court decision gives him, among other rights, the right to receive holiday and sick pay and to be paid the national living wage. However, as far as HMRC is concerned he continues to be self-employed and Pimlico Plumbers is not required to operate PAYE on the amounts paid to him.

Businesses engaging workers in the construction industry will usually have a mix of employees and self-employed individuals on the books, the self-employed group often being paid through the Construction Industry Scheme (CIS). The Supreme Court ruling potentially has relevance for the latter group.

For example, a self-employed individual who has been providing services exclusively to the same business for many years might be regarded as having worker status for employment law purposes, resulting in an entitlement to all the rights of an employee apart from paternity / maternity leave, the right not to be unfairly dismissed, redundancy pay and statutory sick pay.

The potential for increased costs for a business with large numbers of such workers could be crippling, particularly where margins are tight.

How big a problem the Supreme Court decision will be for the sector remains to be seen.

Comment on the decision ranges from the TUC’s opinion that the case has exposed “sham self-employment”, to a reminder from legal experts that the case doesn’t create a precedent, decided as it was on facts that were specific to Mr Smith and Pimlico Plumbers.

However, it’s clear that the question of ‘off-payroll’ working is coming under ever-increasing scrutiny from the regulatory authorities, and businesses in the sector would do well to keep the status of their workers under regular review.