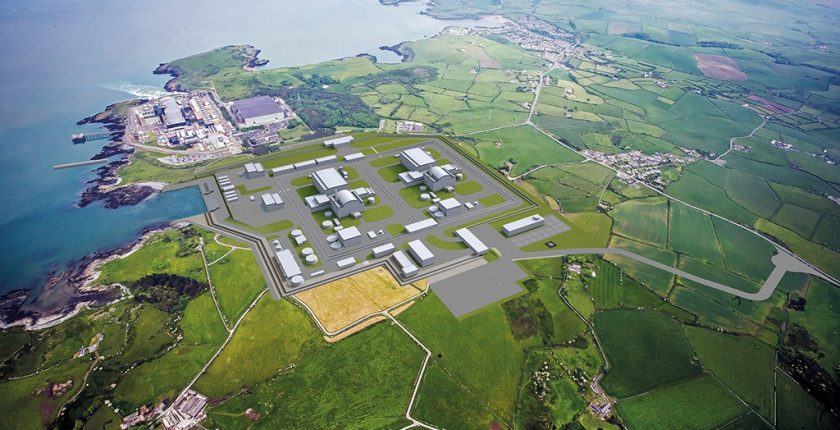 Bechtel will oversee the project and lead on contractual and commercial matters with the supply chain on behalf of developer Horizon, which said the appointment would enable work “to move into the next phase”.

The engineer already has nearly 200 personnel working with Horizon as part of its existing role as EPC contractor, to which it was appointed alongside Japanese contractor JGC in May 2016.

Horizon Nuclear Power, which is a subsidiary of Japanese technology giant Hitachi, also announced that it had agreed a further contract for JGC to continue providing support during the scheme’s development stage.

Construction of the Wylfa plant, which will be located next to the former Magnox plant on Anglesey, could begin as early as 2020 and create 8,500 jobs.

Its 2,700 MW capacity will be capable of powering five million homes, with the plant currently slated to be operational by 2027.

In June the project moved a step closer when energy minister Greg Clark announced that the government had started negotiations with Hitachi on a final funding deal.

Mr Clark confirmed an agreement for the plant could see the government commit public money to Wylfa’s construction.

A three-way funding model has been mooted that would see Hitachi and the UK and Japanese governments take equal shares, potentially costing British taxpayers £5bn.

June also saw Horizon submit a 41,000-page development consent order for the project, alongside an application for a marine licence.

The DCO examination phase is scheduled to commence in the autumn, the developer has said.

Horizon will use Hitachi’s UK Advanced Boiling Water Reactor (ABWR) at Wylfa and also confirmed today that a support contract had been finalised with subsidiary Hitachi Nuclear Energy Europe, which will deliver the reactors.

The ABWR received design acceptance confirmation from the Office for Nuclear Regulation in December 2017.

Bechtel’s president of nuclear, security and environmental Barbara Rusinko said: “We’ve been part of the Horizon family for several years, and […] we look forward to continuing to bring our expertise to the construction of the UK’s next new nuclear power station at Wylfa Newydd in our new role as project management contractor.”

Horizon Nuclear Power CEO Duncan Hawthorne said: “These world-leading companies bring a wealth of nuclear, engineering and construction expertise to complement our growing organisation and will help us replicate the cost and schedule successes of the previous four ABWR reactors.

“Our first power station will be cheaper than what has gone before and after that, with smart financing, supply chain learnings and no need for first time overheads, future project costs will fall further still.”