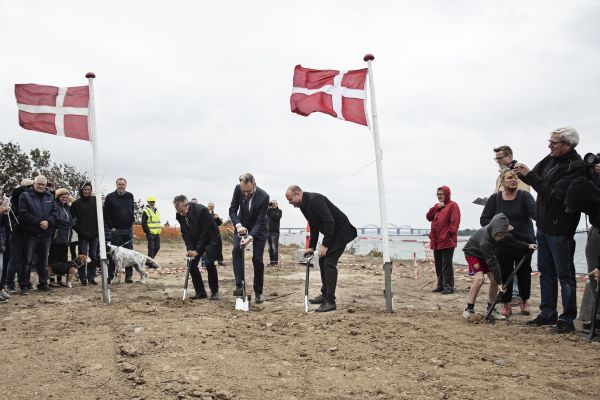 On Thursday, Transport Minister Ole Birk Olesen and the mayors of the municipalities of Vordingborg and Guldborgsund symbolically started the excavation work on the project. In just 4 years there is a bridge with a length of 4 km over the fairway between Zealand and Falster stand.

“It’s a huge project that will not only bring the eastern part of Denmark closer together, but also create a better and faster connection to Germany,” the minister said in his speech on the project’s start of construction.

Mayor Michael Smed from the municipality of Vordingborg sees bridge construction as a driver for economic growth in the region. “The bridge leads to shorter travel times and improves the framework conditions for growth. It will be of enormous importance to the infrastructure, both nationally and internationally, and will be a landmark for our region. “

Mayor John Brædder from the municipality of Guldborgsund sees the Storstrøm Bridge as an important link for the approximately 2,000 commuters who commute to work daily between the different parts of the country. “But even during the construction phase, the project is very important. Local companies have the opportunity to participate in this project, “says Brædder