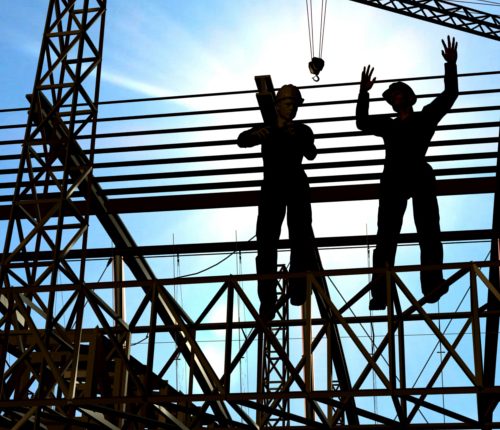 New orders pick up in Ireland at year end

Activity in the Irish construction sector ended 2016 positively as activity continued to rise sharply amid an accelerating expansion of new orders, according to the Ulster Bank Construction Purchasing Managers’ Index (PMI).

The PMI, a seasonally-adjusted index tracking changes in total construction activity, posted 58.9 in December, marginally down from the November reading of 59.8, but still signalling a substantial monthly increase in activity.

Construction activity has now risen in each of the past 40 months, with panellists mainly linking the latest expansion to higher new work volumes.

Rates of job creation and growth of purchasing activity remained substantial and firms were strongly optimistic that activity would increase further in 2017. That said, the rate of input cost inflation accelerated sharply to the strongest since March 2007.

“Both the residential and commercial sub-sectors remain particular sources of strength for survey respondents, with activity in both categories continuing to rise at rapid rates, albeit slightly less rapid than was the case in November. Civil engineering remains an area of weakness, however, with activity here decreasing for the second month running.”

He said the the December results rounded off another strong year of recovery for Irish construction firms.

“Furthermore,” he added, “firms themselves remain strongly optimistic about the coming year with almost two thirds of respondents expecting further growth in activity in the coming 12 months.

“While a notable late-year pick up in input prices points to increased challenges on the costs front, positive sentiment about the year ahead is being underpinned by signs of improving conditions in both the construction sector itself and the wider Irish economy.”

Both the housing and commercial construction categories continued to record sharp increases in activity, with the rate of growth marginally quicker in the latter. In contrast, civil engineering activity decreased for the second month running and at the fastest pace since April 2014.

New orders have risen continuously throughout the past three-and-a-half years, with December seeing a strong monthly expansion that was faster than recorded in November.

Rising workloads led construction firms to increase their staffing levels again at the end of the year. Moreover, the rate of job creation remained substantial and was broadly in line with the nine-month high seen in November. Similarly, firms increased their purchasing activity sharply, extending the current sequence of growth to 34 months.