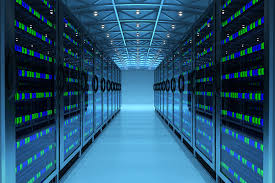 Mr Justice Paul McDermott said he was refusing both applications from the objectors and that his reasons are set out in written judgments.

Apple first announced plans to construct the data centre on a greenfield site at Derrydonnell Woods near the Co Galway town in February 2015.

Construction of the first phase promised to generate 300 temporary jobs, with 100 permanent staff required to run it.

The following September, Galway County Council gave permission for it to proceed subject to conditions, but that decision was subsequently appealed to An Bord Pleanála.

However, three objectors subsequently asked the fast track Commercial Court division of the High Court to review the decision.

Among their arguments was that the planning permission was invalid because the board failed to carry out a proper environmental impact assessment of the proposed development.

A spokesperson for Apple said that the company is not commenting on the judgment at this time.

Local TDs have welcomed the decision but have been critical of the planning delays.

Independent TD Michael Fitzmaurice said: “Hopefully now the company will continue with its plans for the development as there will be significant employment provided during construction and over 100 permanent jobs on completion.

“In light of the time that it took to arrive at this decision we will have to take a critical look at this whole process because the way it stands it is far too slow and is a threat to employment and the economy in general.”

Independent TD Noel Grealish said he was “delighted the go-ahead has finally been given” but he was concerned that it had taken so long to get to the project to this stage.

“I am concerned that other major international companies may also have their future plans influenced by Apple’s experience,” said Mr Grealish.

“It all points to a need to reform our planning laws so that important infrastructural development such as this do not get caught up in years of objections and appeal after appeal.”