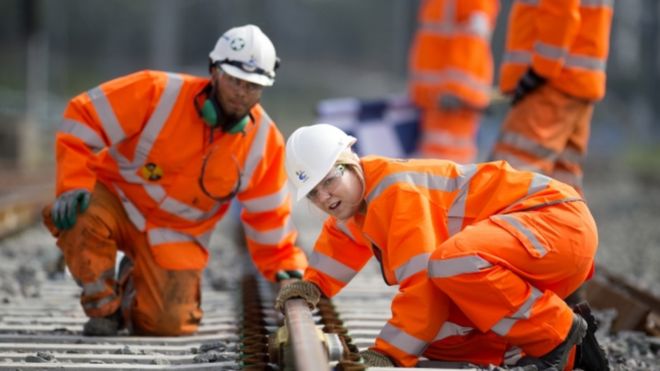 Carillion to go into Liquidation

This morning, Sad news hit the construction Industry, with the latest from Carillion being that they are set to go into liquidation, threatening thousands of jobs.

The firm has been in talks with its lenders and the government, but failed to reach a deal. The government will however provide funding to maintain the public services under carillions control.

Carillion are involved in some of the largest projects in the UK at the moment and what will probably confuse and frustrate most is that they continued to tender, and even win large projects in recent times. Their involvement in the HS2 project has been well documented.

Carillion are also one of the largest suppliers of maintenance services to companies like Network Rail, and they have a contract to maintain 50,000 homes for the Ministry of Defence.

Overall, Carillion have 43000 staff worldwide, 20000 in the UK alone, it’s unclear as of yet how those jobs will be affected, but one things for sure, this week brings an uneasy week of uncertainty for all 50000 staff.

It appears that some of Carillions contracts will be taken over by other contarctors, some could be renationalised. Carillion chairman Philip Green said: “This is a very sad day for Carillion, for our colleagues, suppliers and customers that we have been proud to serve over many years, In recent days, however, we have been unable to secure the funding to support our business plan and it is therefore with the deepest regret that we have arrived at this decision.”

Bernard Jenkin, the Conservative chairman of the House of Commons Public Administration Committee, said: “This really shakes public confidence in the ability of the private sector to deliver public services and infrastructure.”

“There needs to be a change in the mindset of many of many of these companies… if you’re actually doing a very substantial amount of business at taxpayers expense for the taxpayer, you’ve got to treat yourself much more as a brand of the public service not as a private company just there to enrich the shareholders and the directors.”

Rebecca O’Keeffe, Head of Investment at interactive investor, warns that Carillion’s collapse will send fear rippling through the economy.

The government’s decision to walk away from Carillion appears to be based on optics rather than logic and looks like the wrong decision was made for the wrong reasons.

There is no doubt that Carillion posed a huge political challenge for the government, which did not want to be seen to bail out another group of private shareholders and banks after suffering such a backlash from their decisions during the financial crisis.

However, the prospect of the government temporarily funding existing Carillion public service contracts, alongside the likely increase in costs for renegotiating contracts with new suppliers, make it highly likely that they could ultimately pay far more than if they had provided the guarantees that Carillion’s creditors needed.

“It appears to be the end of the road for Carillion, one of the UK’s biggest construction companies, as it files for compulsory liquidation having run out of time to put together a restructuring package with its lenders.

The likelihood of a government bailout would appear to be remote, though the outstanding public sector contracts are set to taken in-house and run by the UK government. In terms of assets Carillion based on its 2016 accounts has tangible plant and machinery of £144m, a fraction of its overall debts, not to mention the £800m pensions liabilities.

Whether these services will then be tendered out to another provider in order to recoup some costs may well be difficult given the potential political fallout.”