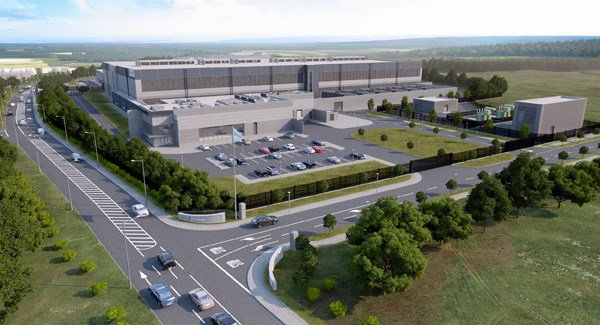 Cork is set become a big data hub following confirmation that a €200m data centre campus will begin operations on the outskirts of the city next year.

The 323,000sq ft, three-building, 32 MW T5@Ireland campus earmarked for Little Island, which has full planning permission, will be fed by 60MW of power from a nearby substation, and will be connected directly to two super-fast fibre cables — one which has linked the US to Ireland since 2015, and the other which will link Ireland to mainland Europe via France by 2019.

These connections will give the campus faster onward connection speeds for data transfer than Dublin to cities like London, Frankfurt, Amsterdam and Paris. Dublin has been the preferred hub but growth there is expected to slow because of the lack of suitable sites with the right power supply.

The new campus will be built on the 32.5-acre former Mitsui Denman site in Little Island. Site clearance work is almost complete and work on phase one, a €70m 84,000sq ft building, is expected to start within weeks, sustaining some 125 construction jobs at its peak.

It should become operational in early 2019.

JCD boss, John Cleary, said the campus will provide the region with a huge strategic advantage. He said they are in detailed discussions with a number of potential clients and are very encouraged by the level of interest.

“Cork has an excellent track record for supporting foreign direct investment, being home to some of the world’s largest technology and life sciences companies.

“Given that global data centre IP traffic is expected to grow three-fold over the next five years, this is a huge growth area and represents a strategic opportunity for both Cork and Ireland.”

Unlike standalone data centres, often built for and used by one company, T5 Data Centers provides a “wholesale service”, which allows its buildings to be customised for multiple clients.

Its CEO and president, Pete Marin, said it is the right time to build in Ireland. He said they hope to use the campus as a springboard into the European market, and to take advantage of the political changes associated with Brexit, and changes on EU data sovereignty laws.