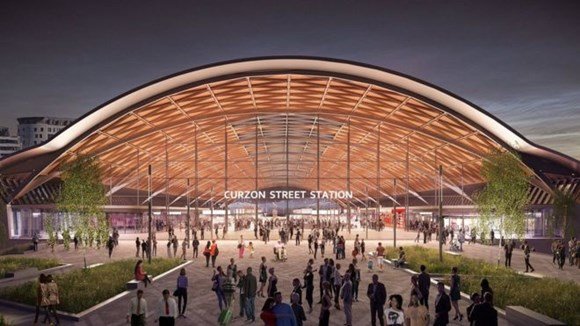 HS2 has started the construction tender process for Birmingham Curzon Street station and expects to shortlist four bidders in the spring. 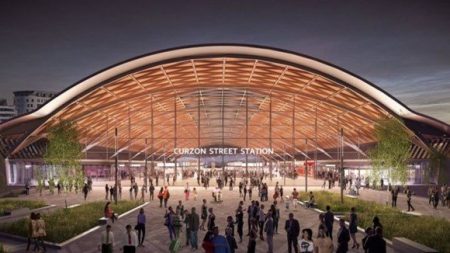 Early works contractors are already on site, preparing the ground for the start of construction.

The station includes an arched roof inspired by the city’s transport and industrial heritage. The latest images of the proposed designs, by WSP, working with Grimshaw Architects and Glenn Howells, were unveiled last month.

HS2 chief executive Mark Thurston said: “We’re looking for the best the construction industry has to offer. Companies that share our commitment to safety, good design, environmental protection and value for money. Together we will deliver an iconic new gateway to Birmingham – a building the city, the wider region and the travelling public can be proud to call their own.”

Dawn Karakatsanis, director of the Civil Engineering Contractors Association (Midlands), added: “The start of the procurement process for a new station at Birmingham Curzon Street is a fantastic opportunity for industry and a boon for the entire region.

Separate contractors, appointed last year, will build the tunnels and viaducts that will carry the new 360km/h trains into the centre of Birmingham and to the Interchange station near Solihull, the NEC and Birmingham Airport.

For Curzon Street, bidders are expected to be shortlisted in the spring, with contracts awarded in 2020. Separate construction contracts for Birmingham Interchange will follow next year.